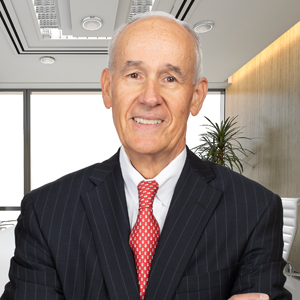 With his wife, daughter, and son to later be born, Tex had a similar vision of opportunity that his father once had. Tex became President of Service Title Company in 1983. A graduate of Monterey High School in 1964 and an alumnus of Texas Tech University in 1968, with a Bachelors of Business Administration, Tex has a continued passion. That passion is to understand our people and to give back to the community. Tex certainly continues to achieve this vision alongside our solid locally owned and operated footprint. To date, he is humbled to share that Service Title Company has closed over 140,000 transactions and counting at our three locally owned and operated locations! Tex shares that “Service is giving the customer a little bit more than what he is paying for”.

When Tex is not at the office, you might catch him at the golf course, enjoying a drive in a classic car, or spending time with his family! Tex and his wife Kay have been married for over 50 years and greatly enjoy getting together with the families of their daughter Tara, son Todd, and grandchildren Teagan and Tyson.